What makes Gondwana Game Reserve such a popular safari destination for international and local travellers?

Gondwana Game Reserve is the only Big 5 Wildlife Game Reserve hidden in a “Fynbos” habitat in the world – an endemic vegetation exclusively found in the Southern Cape of South Africa.

The Newspaper recently visited this luxury Game Reserve located on the Garden Route, close to Mossel Bay, and was pleasantly surprised by the safari experience, not to mention the luxurious Kwena Lodge facilities and accommodation.

Owners, Mark and Wendy Rutherford, were looking for a unique property that could naturally sustain a free roaming Big Five population, something special and explored property in the Western Cape, Karoo, and Kalahari. The Rutherford’s purchased the land for its unique Biosphere, accessibility, and ability to carry game – the concept of having a privately owned Game Reserve within a “Fynbos” region to host a bush estate as well as a tourism lodge – today known as Gondwana Game Reserve.

The Owner’s ultimate goal was to establish a Game Reserve within the unique surroundings of “Fynbos” habitation and to give people the opportunity of living in the wild, not just as a visitor. The original idea was built around a model that would function as a Game Reserve with a residential footprint, rather than a Tourist attraction only.

Uniqueness of the  Accommodation

The Fynbos Villas and owners clubhouse or lodge were made available in 2009, and Kwena Lodge opened for business in May 2010. As developers, they preferred to construct the Fynbos Villas before developing the Lodge, thereby limiting the movement of construction vehicles within the Reserve at one time.

Of the 96 residential freehold title plots on the reserve, a third are developed into beautiful bush houses with an additional 14 luxury suites at Kwena Lodge. A rental pool agreement was established with some Villa Owners, making their private villas available as part of the Hotel inventory for accommodation purposes.

Bush Villas – There are 12 spacious 3 and 4 bedroom bush villas which can be rented on various packages from self-catering to full inclusive of all meals and game drives.  They are luxuriously spacious, well equipped and privately situated with spectacular uninterrupted views from their expansive decks.
The affordability and ability to travel as a family in a wildlife reserve is rare as many safari lodges are not child friendly due to malaria and accommodation that is only suited to couples.

Gondwana provides lodge suites for individuals and couples and the bush villas for family and group accommodation.

Kwena Lodge – The deluxe accommodation offered at the Kwena Lodge reflects a modern and luxurious twist on a traditional Khoi-San beehive hut and portrays the character of the chic and sophisticated yet rustic Kwena Lodge facilities.

These luxury chalets are all decorated with insignia related to the nomadic Cape herders’ era – the first man recorded in the Southern Cape area.  The 14 open plan suites are nestled into the spectacular surrounds with 180-degree views, sky lights for star gazing and clay pot fireplaces to keep guests warm upon returning from an evening game drive.

The main facilities at the lodge are the elegant dining room, the lounge and bar, reception, spa and curio shop and its beautiful pool area – offering guests attentive service, delicious cuisine, inspiring interiors, dedicated service of expert game rangers, and an array of activities including exhilarating game drives, mountain biking and fishing in the 1000 hectare walking area, and the popular Junior Ranger program for children.

What makes Gondwana so unique?

The “Fynbos” element, the mountain landscape, and the natural ecosystem bio-element make Gondwana Game Reserve a unique and breathtakingly beautiful destination. All the game within the reserve naturally occurred historically, and is indigenous to this part of the world.

Situated in the heart of the Garden Route this privately owned 11,000 hectare game reserve offers a distinctive and luxurious malaria-free safari with free roaming Big 5 Game. Herds of wildlife, including eland, giraffe, hippo, gemsbok, lion, elephant, white rhino, buffalo, cheetah, impala and zebra, can be spotted on the majestic landscape with amazing views of the Langeberg and Outeniqua Mountains.

The accumulative road distance within the reserve is well in excess of 350km. The average game drive is between 26km and 30km – a drive covering a variety of terrains and takes almost three hours. The Sunday afternoon nap of the male lion caught guests by surprise. Not more that 7-8 meters away from the vehicle, was the male lion slowly but surely awakening from his afternoon sleep. Suddenly a big yawn followed by a loud roar – calling his mate, the lion slowly lifted his body, extended his stretch and walked away. The male lion’s roar was heard throughout the night and early morning.

An early morning game drive was announced with a wake-up call well before daybreak. A male lion surprised us once again on the early morning drive as he was strolling down a roadway just a kilometer from the lodge, and still looking for a female.

Watching the sunrise was a spectacular experience! After watching the giraffes for some time, the ranger spotted an elephant on a hill. He followed the elephants and took us up the hill with the 4×4 and after twenty minutes of climbing we saw the most beautiful picture of a herd of elephants, including two baby elephants with the Outeniqua Mountains as backdrop.

The conservation team on the Reserve follows a strict management plan to maintain the “Fynbos” through alien tree eradication, a controlled burning program and soil erosion control. The commercial entity is to drive funding to assist with the conservation. The newly established Gondwana Conservation Foundation is a non profit organization protecting endangered flora and fauna as well as providing conservation education to the local youths and empowerment opportunities for the local population.

Its Rainbow Rhino Initiative has a 10 year plan of introducing 165 individual rhino into reserves across Africa and 108 trained anti-poaching soldiers. Through the use of a state of the art anti-poaching training facility and utilizing various technologies to enhance anti-poaching methods, the project ensures that rhino calves will be born into a safe environment.  Within this period it is estimated that over 550 rhino will be protected through the foundation’s trained soldiers.

Facilities in the Area

World-class tourist facilities and attractions on Gondwana’s doorstep include championship golf courses at Pinnacle Point, Pezula, Oubaai and Fancourt, followed by swimming and surfing beaches and a variety of activities in Mossel Bay, Knysna and Plettenberg Bay.

Gondwana Game Reserve, located on the Garden Route, shares the route’s idyllic climate; second most moderate in the world, and is Malaria-free, offering prime year round game viewing. 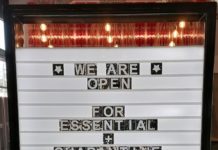