A City of Cape Town intern completed a study on medium and large mammal conservation in the City of Cape Town reserves. This research report was recently published in the Urban Ecosystems journal and includes findings of the 19 native species which were recorded in 12 reserves across Cape Town.

Andrea Schnetler, an intern at the City of Cape Town who has recently completed her Masters in Conservation, completed a successful study focusing on the factors influencing species richness in urban nature reserves such as those found in Cape Town.

The City and various partners provided the camera traps necessary for the research footage. Cameras were placed at 151 different locations across 12 City of Cape Town nature reserves to capture these animals. The purpose of using remote-sensing camera traps was to record these mammals while leaving them largely undisturbed.

A total of 19 native species were recorded in the findings of which 11 were carnivores, seven herbivores and one omnivore. The different species recorded reflects 49% of the 39 species believed to have been present in these areas historically .

‘Knowing the status of these mammals in our reserves is an important indication of ecosystem health. These findings are very helpful and we are proud of this informative research piece delivered by our very own staff member. Obtaining a collection of photographic evidence of these species in each of our reserves has really just confirmed that the City of Cape Town reserve characteristics support species richness’, said the City’s Mayoral committee Member for Spatial Planning and Environment, Alderman Marian Nieuwoudt.

‘It was a privilege being allowed to explore each reserve while setting up and checking cameras, and very exciting to discover which species the cameras had recorded, especially those we weren’t sure were still present in a reserve. The most exciting part about doing this research though was discovering the potential of the results to provide data, support and motivation for conservation efforts going forward,’ said Andrea Schnetler.

The research study set out to discover which medium and large mammal species are still surviving within City of Cape Town nature reserves and why some reserves are home to more species than others.

The number of species in a reserve varied from one to 12 species. The report analysed the survey results to illustrate how the reserve size; shape; connectivity; habitat variety and presence of permanent freshwater influences medium and large mammal community composition in a reserve.

‘It was reassuring to note that most species we expected to find were still present in reserves, and to see how reserve characteristics affect the presence of certain species. This is truly a testament to the amount of work the City’s Biodiversity Management Branch sows into conserving the unique and diverse biodiversity which exists in this City,’ said Alderman Nieuwoudt.

Many of the large reserves and conservation areas, which are well-connected to other natural areas, prove to be important for the survival of Cape Town’s mammal species. This research will add to the scientific support for conservation management decisions.

The research analysis further showed that higher species richness and the presence of large carnivores was best explained by improved access to large amounts of natural habitat and that the most common mammal species in these reserves tend to be generalists, which do not rely on very specific food sources or habitats.

It was also found that smaller carnivores seem to be surviving better than herbivores and large carnivores, which is likely due to the volume and variety of the small prey available.

The reserves located in built-up areas and those that are smaller have fewer medium and large mammal species because they are more exposed. These also have fewer surviving species unless connected to other natural areas by suitable corridors.

‘Maintaining biodiversity in urban reserves would likely be best achieved by preserving and establishing corridors of suitable habitat that allow for the movement of animals to and from other patches. This will especially assist the mammals that rely on larger areas. Although these findings only scratch the surface of what each species requires to survive in urban reserves, I hope that this study may be able to help guide further research into the topic’, said Andrea.

The surveying of the reserves started in May 2017 and concluded in February 2019. Up to four reserves were surveyed at a time and the survey design was dependant on the reserve size. Five to 30 cameras would be set up in each of the reserves, with surveys ranging from 30 days to almost seven months at a time. 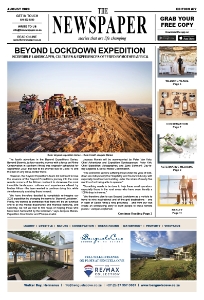